From a heliocentric perspective, today is marked by the majestic entry of Jupiter into Aries, the homeland of Ideas.
Some time ago, on the occasion of the Aries Full Moon, we wrote that Ideas are living Energies and Entities, creative powers that produce precipitates and pervade the fourth buddhic spatial level.
And yet, paradoxically, in order to start contemplating them it is necessary to perform a very simple act: “You look up to Heaven, which is the first Idea. It is the world of Ideas, which dwell there and feed on it. The study of Forms leads to Ideas, which are their Causes and Models. […] Ideas and Forms are not contrasting entities, they’re symmetrical, and both belong to the divine Reality of the Cosmos. The first ones are unity, essence; the second multiplicity and becoming. Those act by direct will, these through desire. There is the Idea of ​​Form and there are mental Forms called Ideas or Ideals. […] Heaven, then, in other words, is the proto-Idea. If It did not accept them, Ideas would not exist. Pure solar Ideas live in its boundless regions (such as the Idea of ​​Beauty, Justice, Truth, Energy…). […] According to Plato’s lesson they are absolute, perennial, luminous and immutable; they are related nonetheless to this Solar System.” [1]

We feel it is important, on this occasion, to address directly the aforementioned Thinker, Plato, who has given humanity revolutionary insights, drawing directly from its source.
We all know that Plato is a philosopher, but certainly we are not always aware that this word means “in love with wisdom”. Regarding the etymology of this last word, we would like to point out its definition in the Space Lambdoma: Wisdom is the divine intelligence of Love.
The Greek word philos needs further study: it means “lover, in love”. Its Indo-European root is *DHI-, composed of the following sound elements: “[hi] to convey [d] energy, to nourish, to love.” From the same root comes the Latin term filius, son, which literally means “fed”, “loved”. [2]

Plato himself, in one of his letters, defines that philosophical ward which characterizes sincere thinkers a fire. [3]
Plato and other philosophers before him, Socrates and Pythagoras, were therefore minds that “thought for love”, and were inspired by it.
This idea is the pivot of Plato’s philosophy, who has dealt with it in many Dialogues. Particularly suited to the celebration of today’s signs of the Heavens, since it refers to Zeus/Jupiter, is the following passage, which evokes a suggestive image: “The divine is beautiful, wise, good, and everything of that sort. […] The great leader in the Heavens, Zeus, driving a winged chariot, proceeds first, ordering and taking care of all things […] There abides the very being with which true knowledge is concerned; the colourless, formless, intangible essence, visible only to mind, the pilot of the soul.” [4] 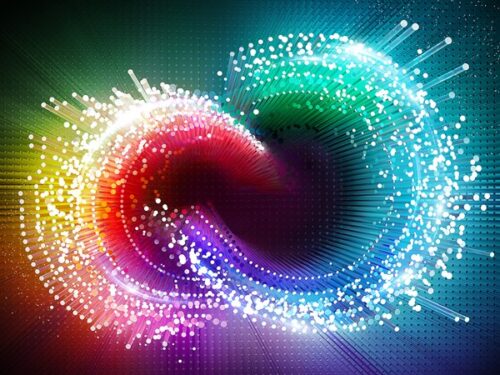 This essence is the idea, what is in itselfthus identified by Plato (and such a fitting definition has been used as well in the Vortex 1.4 of the Model Lambdoma), which can only be reached with the abstract mind, that Plato defines nous sometimes dianoia, intellect, the “pilot of the soul”.
The close relationship between the nous, the abstract mind, and the soul, is revealed to us in a somewhat surprising way also by the etymosophy: nous derives from the Indo-European root *NA-, composed of the sounds “[a]start, [n] of the vital breath of cosmic Waters, which expresses the idea of ​​”origin of birth and thought”.
‘The “divine” Waters […] were “generators of all mobile and immovable things of creation”, […] and possessed “the great happiness of perfect knowledge”, […] “because they knew the origin of heaven and earth” […]’: this is what the linguist Franco Rendich writes, adding that the root *NA- is closely related to that of “anima” (soul), *AN-, which expresses the idea of ​​breathing, of the vital breath.

Cosmic origin, Thought, Soul, are therefore concepts intimately intertwined in their sound essence.
The linguist adds, following the narration of the Ṛigveda, that ‘In addition to having given man the soul [an–ima, from the root an, “to breathe”]through Vāc, the Word, their daughter, the Cosmic Waters had given names to the gods, […] The word “name”, nāman in Indo-European and Sanskrit, meant in fact “the thought” [man] of the divine Waters [nā]”. [5]
Similarly, another etymological affinity enhances the intimate connection, in the word “idea”between light and the divine: the Indo-European root of the word, *ID-, composed of the sounds “light [d] in motion [i]”thus expressing the “motion of light”, is closely related to the root *DĪ-, which indicates the concept of divinity. See the Greek dīos, which means both “heavenly” and “divine”, theos, god; the Latin dies, day, dius, “of the sky”, “luminous”, “divine”.
We add another quotation from Esoteric Astrology, taken from the interpretation of the sign of Aries, particularly important for the assonance between light and sound: the idea is assimilated to the Word of God. [6]. 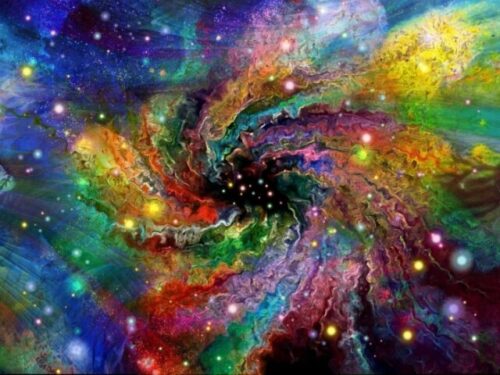 And it is in fact this word, this logos, that Zeus/Jupiter, as father of the gods, magnetically diffuses in the solar space.
The power of Jupiter, which, as we said, today places its heliocentric abode in Aries, is such as to create energetic vortices in the substance, capable of expanding and dilating, of attracting, fusing and finally synthesis, in a cyclical process from which it will emerge, triumphant, the cosmic Christ/Zeus, the Savior who will speak the lost Word.

Such a word, which mythology remembers in the form of the virtue and ritual power belonging to Zeus, is the vibrating wave of Love that innervates Space and which, by of the constructive force that animates it, is capable of shaping all forms starting from the primary Idea that provides the Model: “Jupiter… is the solar source of Love and Wisdom”. [7]
Jupiter in Aries highlights precisely the awareness of ideas, that inner clarity that allows us to grasp the divine that shines in the eternal archetypes and reverberates in the formal world, urging every consciousness to fully identify with what it loves.

And the heart is the image that reveals itself as the most representative of the wise and all-encompassing love of Jupiter, a heart that beats rhythmically, attracts magnetically, governs the entire manifestation with wisdom and discrimination, illuminating it with its “celestial light” : “It is taught that God is love and Jupiter is magnetic love. It is therefore the Being of the System”. [8]
From this Being, in this Being, we too can contemplate Ideas and become an intermediary for them; we too can bring out that part of the logos which pervades us and which makes us co-creators in a cosmos of luminous creative consciousnesses; we too, having placed our hearts in the fire of Aries and in the temple of Jupiter, can become magnets of love.

“Divine Love is at the Centre”.
Knock continually on every heart.
There is no escape from its magnetic power.” [9] 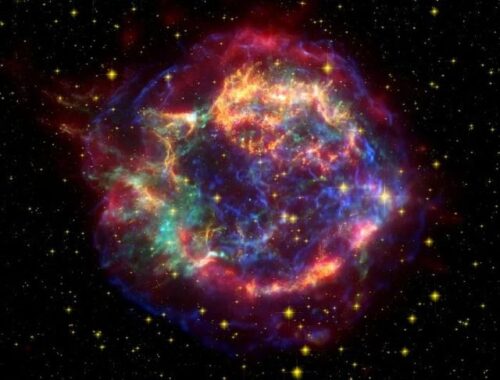