The word Life, which we generally use in very different contexts without paying particular attention to it, substantiates a powerful thought, since it evokes the supreme foundation underlying all of Creation, that “Boundless Immutable Principle; one Absolute Reality which, anticedes all manifested conditioned Being”which is “beyond the range and reach of any human thought or expression”. (Alice Bailey, A Treatise on Cosmic Fire, p. 3)

This Life, or absolute Reality, can be compared to the concept of transcendent God or, in Harmonics, of the 0/0, the occult beginning where all the same-tone directions converge, which is located outside the experiential field of the manifest world . It is That “about Whom naught can be said”, since we do not have the means to do it, but which can be approached”through faith”, that is, through that certainty of the intuitive and cardiac mind that recognises the Truth.

In this Life, which is not unknowable to the reason, is nonetheless concealed its”coeternal and coeval emanation or inherent radiation, which… becomes or expands itself into the manifested universe“.
“It is the ONE LIFE, eternal, invisible, yet Omnipresent, without beginning or end, yet periodical in its regular manifestations, between which periods reigns the dark mystery of non-Being; unconscious, yet absolute consciousness; unrealisable, yet the one self-existing reality; , ‘a chaos to the sense truly, a Kosmos to the reason’. Its one absolute attribute, which is ITSELF, eternal, ceaseless Motion, is called in esoteric parlance the ‘Great Breath’, which is the perpetual motion of the universe, in the sense of limitless, ever-present Space. […](H.P. Blavatsky, The Secret Doctrine. Cosmogenesis)

On the wave of the Great Breath Life, therefore, is: it is Motion.

It is interesting, in this regard, to observe that the etymology of the word Vita (Life in Italian) comes from the Latin, from the same root as vivre (to live), from the Indo-European root *GVI-/*JIV-, which expresses the idea of ​​a forward-moving process: in Latin the letter v often corresponds to the Indo-European j. In Sanskrit it becomes jīv, to live, in which we find the concept of a continuous motion going straight forward in time.

In the Science of Harmonics, Life is the first relationship, 1/1, through which the Divine is placed in relation with Itself, emanating the creating Sound and giving rise to the infinity of sound and light intervals that will imprison it in the multitude of forms of Creation, thus producing consciousness and setting in motion the great cycle of evolution, nourished in the womb of time and infinite space: divine Love.

“Men and other creatures live, but very few ask themselves what Life really is. The most important of questions, on which everything depends, is almost never asked, so that days and years pass by without the living knowing and wanting to know why. Life is the Mystery, yet it is the most evident and precious energy, the most common and widespread. Here is the statement of the theorem:

That energy that generates itself is called Life.

The words are few, the meaning is immense, so it deserves to be called sublime.” (Enzio SavoiniLecture notes of the 3rd Septennium. The year of the Four, unpublished paper, January 2004)

While remaining eternally equal to Itself, when it becomes identified, Life is Being (2/1), that which is, Its inherent and undifferentiated reality, and it is the One (1/2), the Supreme Being, beginning and end of everything. It is the immanent God. 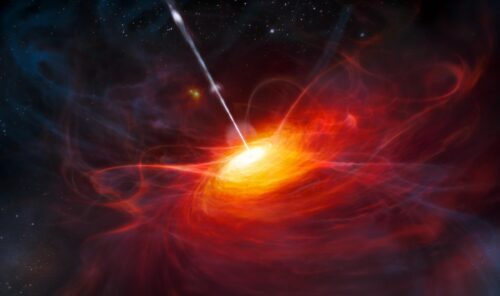 Life is the central magnet that fecundates Infinity: Space, in which it generates and multiplies itself incessantly.
It is the Fire that saturates the Universe and it is the Light, its rhythmic motion.
It is the Sound, the vibration that endures, weaving the fiery weft of Creation, and it is Thought, the psychic energy that reveals it.
It is the only self-existing reality and produces the multiple; it is the original seed of the Principle.
It is the omnipotence of the Spirit that flutters over the waters of Substance, in the great Breath of the Cosmos.
It is the Father who expresses its generative power.
It is Unity, the supreme foundation, everywhere and always.

And the list could go on indefinitely, unraveling all “the names of God”, ordered and qualified by the Number: the Order and the Name of things.

Nothing is therefore and nothing exists outside Life and this makes all creatures connected, from the stars in the Heavens to the grains of sand, from the sublime unmanifested Entities to the simple consciousnesses in their nascent state.

“In the real world, Life is and does not become; it becomes and exists in the unreal. Existence, therefore, but not Life, presupposes a changing form of expression. There are two worlds: of being and of becoming, that is, of existing. All that exists is, but not all that is exists. The difference is fundamental. Ignoring it shows that we have not yet understood that Life may or may not be manifest, and this is a paramount problem, not a simple issue of literal meaning.” (Enzio Savoini, Lecture notes of the 3rd Septennium. Real and Unreal, unpublished paper, June 2002)

“Behind all forms is found the one Life; within every atom (solar, planetary, human and elemental) is found the one sentient existence; back of objective nature, the sum total of all forms in all the kingdoms of nature is found the subjective reality which is essentially an unified whole or unity, producing the diversified many.The homogeneous is the cause of the heterogeneous, unity diversity, the One is responsible for the many. This the student can appreciate more intelligently if he follows the golden rule which reveals the mystery of creation and studies himself. The microcosm reveals the nature of the macrocosm.” (Alice Bailey, The Light of the Soul, p. 387)

In the process of returning to the One, from which nothing is actually separated except in consciousness, the disciples, after having long invoked the energy of Love of the Soul and having begun to operate from that focal point, are called to recognize the power of the Will, the Agent of Life, as the means and basis of any approach towards, appreciation of and identification with the Being, the Monad. This implies orientation, relentless determination, the ability to wait and to keep the intention and direction unaltered, whatever happens.

Will is the energy that leads to initiation and the new Group of World Servers is learning to use it in order to build that arch of the antahkarana bridge that connects Humanity to Shamballa. 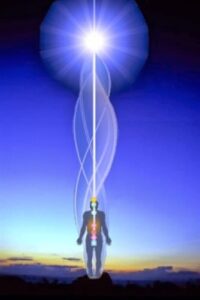 In these accelerated times, in which the energy of life imposes itself on the consciousnesses of those who recognise themselves as members of this world group, the disciples begin to catch a glimpse on their inner horizon of a new point of tension and achievement, not for the glory of the individuals, of the groups or of the One Group, but in support of the work of the Masters, for the Common Good, thus asserting the fourth human creative Hierarchy.

The Goodwill, having become the Will-to-Good, will therefore have to change into the Will-to-Be in order to produce that work of transfer which will determine, in due course, the destruction of the causal body and will open the way to higher evolution.

This article is published to celebrate today’s conjunction between the Earth (3rd R.) and Pluto (1st R.), destroyer of forms in order to free Life.