Two launches were conducted from China in the last 24 hours on what was a busy day in spaceflight. The day started at 03:08 UTC with the launch of the Ludi Shengtai Xitong Tanjiance (TECIS – Terrestrial Ecosystem Carbon Inventory Satellite) payload, on board a Chang Zheng 4B.

Later, a second flight of the Chinese Reusable Experimental Spacecraft launched on a Chang Zheng 2F. No exact T-0 or launch timing was given.

The latter is a suspected spaceplane, similar to the design and idea of ​​the Boeing X-37 spaceplane launched by the United States. Further details are not given about the spaceplane, but this is suspected to be the second flight, after the first flight in September 2020 and a longer ongoing test series out of space in the early 2010s.

Official wording calls the payload a reusable spacecraft that will be used for peaceful use of space and pilot reuse and on-orbit tech validation. The plane will land at a later date in China. One of the suspected sites with recent Lop Nur, imagery revealing that objects have appeared on the runway. As of now, it is not clear if this is in preparation for a future landing of the plane.

Right, with the possible launch of the Chinese reusable spacecraft planned for today, it seems some “objects” have appeared next to the runway at Lop Nur on the Sentinel satellite image of yesterday… https://t.co/irwVYpUWbZ pic.twitter.com/IydMql5YoJ

At this time, no NOTAMs are published in preparation for a return and landing.

The project itself has its origins possibly in the Shenlong project, which was first spotted in 2005. Since then it is barely mentioned or shown since its original reveal in 2007. No exact weight, size, or further details about potentially loaded payloads are known for the vehicle.

The launch itself was conducted on a Chang Zheng 2F. The rocket is mostly known for its role as the primary launch vehicle for the Shenzhou spacecraft, to launch Taikonauts to the Tiangong Space Station.

It features two stages and four liquid side boosters. At liftoff, it stands 62 meters tall with a core diameter of 3.35 meters. Its full mass is 464000kg, including mostly propellants.

At ignition the four side boosters with their YF-20B engines produce 814 kN of thrust each, combining to 3,256 kN. The boosters are 2.3 meters in diameter, and 15.3 meters tall. The engine runs on the same hypergolic fuel mix as the whole rocket, which is UDMH+N2O4.

The center core features another four YF-20B engines, doubling the thrust at liftoff to 6,512 kN. All the engines have a specific impulse at liftoff of 291 seconds.

At t+128 seconds, the four side boosters decouple from the stage, falling back to earth. Another 39 seconds later, the big center core will also decouple in an event called Main Engine Cutoff (MECO). At this point, the second stage will take over and lift the payload to its final orbit.

The space plane itself features propulsion, however, it is not clear which kind of thrust is featured and how much the plane itself can raise its orbit.

For this launch, the Jiuquan Satellite Launch Center in China was used. It was opened in 1999 with its first launch, the Shenzhou 1 mission, and since then has been the place to launch for the Shenzhou program and China’s crewed spaceflight. It can launch rockets from the CZ-4 and CZ-11 families.

Earlier today, the TECIS payload was launched. TECIS is an environmental satellite that will monitor forest biomass, atmospheric contents, and aerosol distribution and fluorescence. It carries four instruments. A multi-Beam LIDAR, a polarization camera, a Hyper-spectral monitor, and a Spectral Camera. It is designed to operate for eight years.

The payload will operate in a 506 km Sun-Synchronous Orbit (SSO).

As a secondary payload, the HEAD 2G and Minhang Youth Satellite were launched. It is a 40kg payload that is designed by the HEAD Aerospace Group in Beijing. It will be used for ship and flight monitoring in combination with their HEAD’s Skywalker constellation of 48 satellites.

The other secondary payload was the Minhang Youth Satellite, which was designed by students. This includes the logo of the satellite, the experiment’s design, and the paintings on the payload. The submissions came from primary and secondary schools.

As a launch vehicle, the Chang Zheng 4B was used. It is a three-stage launch vehicle with the capability of lifting up to 4,200 kg into Low Earth Orbit (LEO) and up to 2,800 kg into a Sun-synchronous Orbit (SSO). The latter is the most common destination for the rocket. 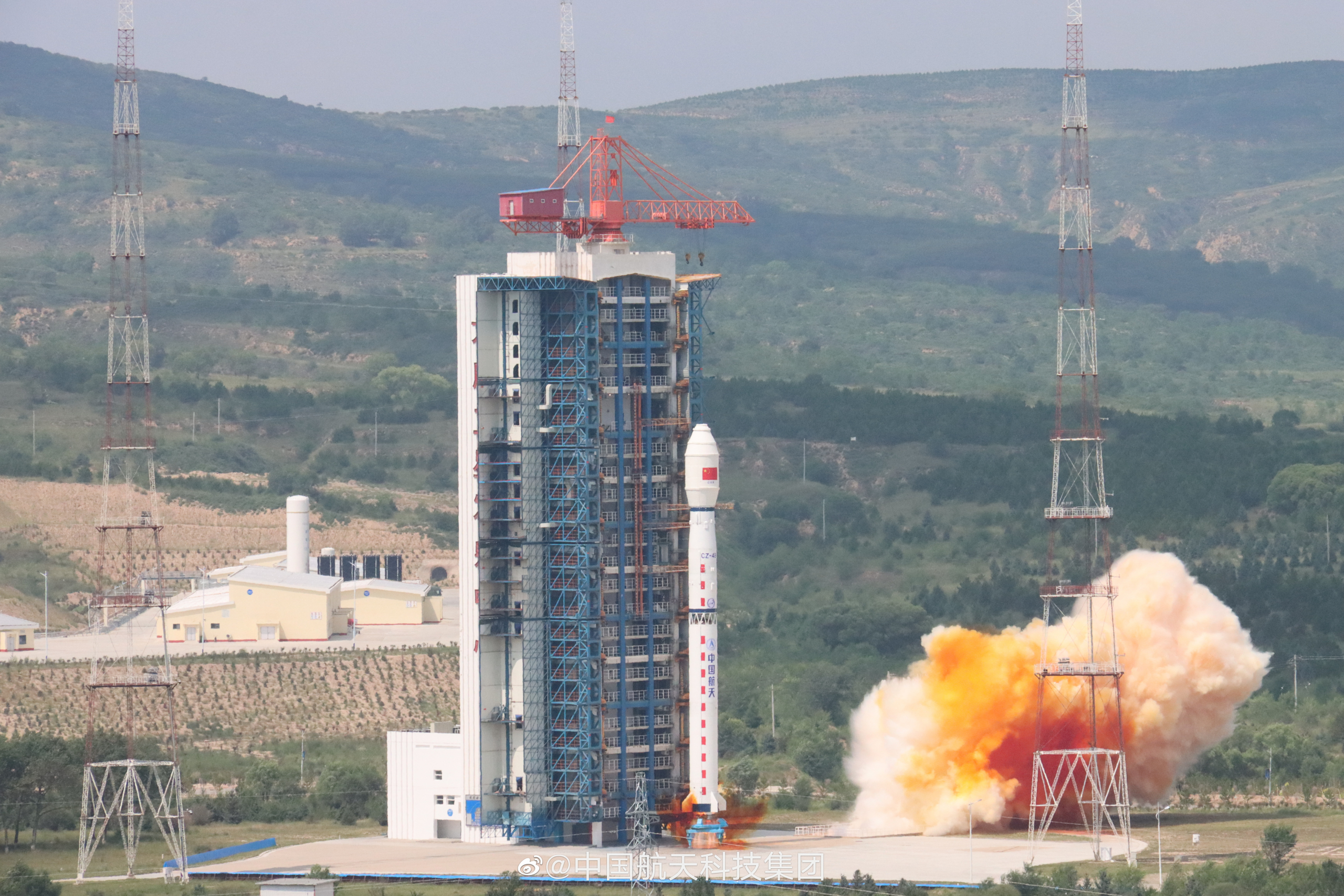 Liftoff of Chang Zheng 4B

The rocket stands 44.1 meters tall with a diameter of 3.35 meters. The 3.35 diameter is commonly used in early Chinese rockets, as they are utilizing the same tank structure for a multitude of rockets. It weighs 249,200 kg.

At liftoff, the four YF-21C engines provide 2,961.6 kN of thrust. They run on N2O4 and UDMH and are the backbone of the early Chinese launch vehicles.

The second stage is 10.9 meters tall and is powered by a single YF-24C upper stage engine. It provides a thrust of 742 kN, with an additional 47.1 kN as steering thrust, provided by the four vernier engines.

On top of the stack sits the third stage, which is another 14.79 meters in length and 2.9 meters in diameter. It features two YF-40 engines that have 100.85 kN in thrust. It runs on the same hypergolic fuel mix as the first and second stages.

Both missions launched without any complications and were confirmed to be successful later. As a launch complex, LC-9 at the Taiyuan Satellite Launch Center in China was used. It features four launch sites and was originally opened in 1988.

(Lead image: the artist’s concept of the experimental Chinese spaceplane.)