We have just entered the sixth septennium of the Plan, which began on the winter solstice, and witness the energies of the Five give way to those of the Six. We are therefore beginning to explore and experience intensely the life and work of the sixth creative Ray, precisely at the magical moment in which its current manifest cycle (sub-cycle of the major one) is waning. We can therefore better grasp its essence and “perfume”, observing its fruits, in the awareness that its energies, now partially unmanifest, are becoming more powerful and are beginning to occultly prepare human consciousnesses for the progressive establishment of the next race, the sixth , which, as indicated by the Tibetan Master, will be focused on the intuitive level and whose law will be that of loving understanding.

Currently Humanity, which is at the pinnacle of the fifth race (in its fifth sub-race), is settling on the mental level, even if the emotional, governed by the sixth Ray, still plays a very important role in ordinary life; The Disciples and Initiates, on the other hand, are mainly focused on the intuitive plane. This shows that each cycle prepares, at all levels, the following ones and brings along the previous ones, the effects of which are not yet sufficiently anchored in our consciousnesses, repeating its lessons from time to time.

The sixth Ray of abstract Idealism and Devotion is the one which is more than any other has influenced our present Western civilization over the past two thousand years.

“The mantram which defines its purpose is unlike the others and might be expressed somewhat as follows:
The Crusade is on. The warriors march upon their way. They crush and kill all that impedes their way, and aught that rises on their onward path is trampled under foot. March towards the light.
The work goes forward. The workers veil their eyes from pity as from fear. The work is all that counts. The form must disappear so that the loving spirit may enter into rest. Naught must arrest the progress of the workers with the plan. They enter upon the work assigned with paean and with song.
The cross is reared on high; the form is laid thereon, and on that cross must render up its life. Each builds a cross which forms the cross. They mount upon the cross.
Through war, through work, through pain and tool, the purpose is achieved. Thus saith the symbol.

These indications, taken from the Teaching of the Tibetan Master, show us how the battle, the “holy war”, was the keynote of the age of Pisces (vector of the 2nd and 6th Ray), almost entirely behind us. It is the evidence on the physical level of the soul’s inflexibility towards the form, so that it can purify and sublimate itself, and of the resistance of the latter which does not want to give up.

In the current time of transition between the energies of Pisces and those of the rising age of Aquarius, the struggle is intensifying on all fronts: those of the destructive wars with fire and sword and those of the wars of opiniontriggered by the overabundance of information and counter-information circulating in the world that, on the most diverse issues, attracts opposing partisans which become radical and produce fractures in the human social fabric, but push those who are on the path to learn to “render unto Caesar what is Caesar’s and unto God what is God’s”choosing with determination the way to Heaven, the one that passes between the two great lines of force.
At the same time, it is to be considered that the sixth Ray has brought to our attention the vision of ideal Values. Indeed it embodies “the principle of recognition. By this I mean the capacity to see the ideal reality lying behind the form; This implies a one-pointed application of desire and of intelligence in order to produce an expression of that sensed idea. It is responsible for much of the formulation of the ideas which have led man on, and for much of the emphasis on the appearance which has veiled and hidden those ideals. It is on this ray primarily—as it cycles in and out of manifestation—that the work of distinguishing between appearance and quality is carried forward, and this work has its field of activity upon the astral plane.” (A.A. Bailey, Esoteric Psychology I, p. 52) 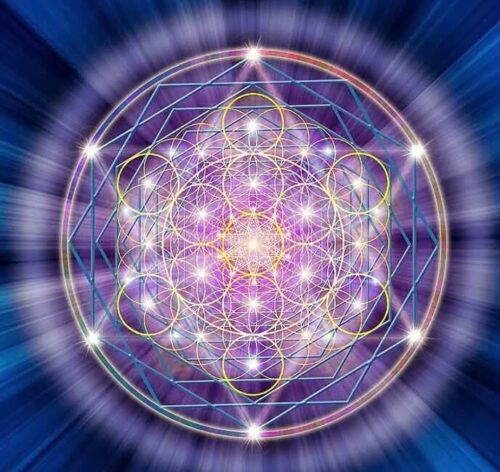 It is also interesting to observe how in this period – after the considerable amount of Teachings transmitted by the Masters between the end of the 19th century and the first half of the last century – it is the disciples of every order and degree who dedicate themselves to guiding and helping the aspirants, learning out of necessity how to “ask questions to space” and to draw from the world of ideas. The result is a gradual and widespread diffusion of concepts once considered esoteric or specifically religious which (although sometimes also distorted) are influencing the general human mentality. When the disciples understand that they are one Entity, putting aside their individual and group personalities, and orderly combine their efforts and their specificities, Humanity will take a step forward in the construction of a new culture and Civilization and therefore of a new universal religion. This process is already underway and it is time to prepare ourselves to trace, on a subtle level, the luminous features of the future.

In this first year of the sixth septennium, those who follow the steps of the Plan are called to reflect upon the esotericism of the new world Religion, namely that subtle and vital fabric of energies and Mysteries that support its outer form. 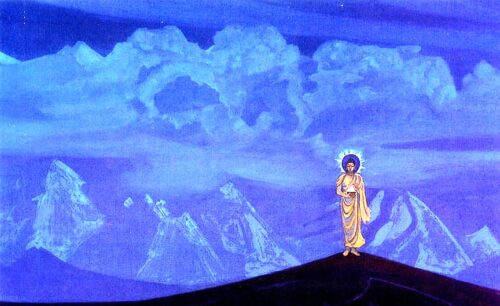 Three are the basic Mysteries of the solar system:

Man at this stage knows some degree of the electricity of substance, and is coming to the belief as to the electricity of form (even though as yet he calls it magnetism) but as yet he knows nought of the electrical reality of life itself. Only when the “jewel in the Lotus” is about to be revealed, or the third circle of petals is about to open up, does the initiate begin to have a realisation of the true meaning of the word “life” or spirit. The consciousness has to be fully awakened before he can ever understand that great energizing something of which the other types of energy are but expressions. (A.A. Bailey, A Treatise on Cosmic Fire, p. 871/6)

It is therefore the Mystery of Life, of the first divine aspect, which will be the foundation stone of the new religious approach and it is the Will, the agent of Life, which resides in the world of Being, the energy that can illuminate it . And this will only become possible when the powerful energy of Love, the energy that must be realized in this solar System, begins to burn steadily in the hearts of the disciples of the world. 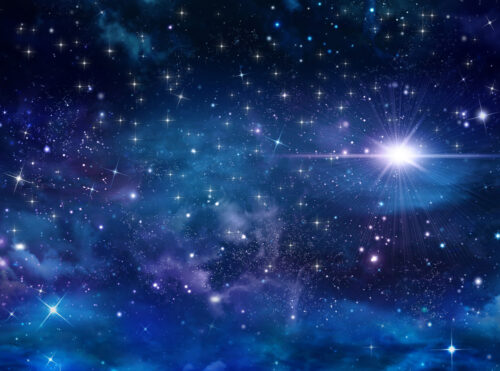 The new Religion will observe the inner and outer Heaven and will be based on recognising and cultivating the religiousness which, in different ways, lives in the heart of every human being and which must be justified also by the mind. Then the sensitive minds will be ignited by the understanding of Infinity and of the reality of living space, the universal container of life and of every possible evolution. It will therefore be natural to accept the thought that those fiery centers that shine in the night and that from time immemorial have attracted the gaze of Men, guiding them in their earthly wandering, are the phenomenal appearance of causative powers, of solar and cosmic Logoi , who with their relationships and their cycles determine the energetic situation of this Universe.

It will therefore be consequential to think that the Zodiac defines the house and the common horizon of all the Beings that live in the solar system, dosing the inflow and internal circulation of cosmic energies, so that every Luminary (or vital center) receives them rightly tempered, and to understand that this sublime Entity is the bearer, through the Sun, of initiatory Mysteries.

In this regard, the Tibetan Master says that:

“The sequence of the Mysteries which each of the signs of the Zodiac embodies will be clarified for us by the Christ, because the public consciousness today demands something more definite and spiritually real than modern astrology, or all the pseudo-occultism so widely extant.” (A.A. Bailey, The Reappearance of the Christ, p. 127)

The new Religion will have no dogs, swamps, borders. It will be the result of a free activity in thought of a Humanity telepathically united and collaborating with the Masters of Wisdom.
“Sooner or later, one by one, human beings are called to understand the Life that animates them. For long cycles of experience they are attracted above all to things of the physical, emotional and mental worlds, that is, to the magic of the concrete. Then they face the inner fire and learn to use it. Hence, they discover the Path, its stages and peaks; The Mysteries and carry them in secret, and finally leave the human kingdom, on their way towards other functions.” (E. Savoini, The Mysteriesunpublished paper 2001) 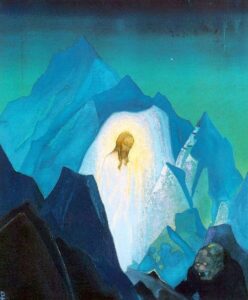 The solar Father calls to the central Truth

We publish this article in one of the alignment days (every 19 days according to the alleged revolution cycle of Vulcan) between Sun-Vulcan-Neptuneconsecrated to the 1st and 6th Rays.