6.4 VALUE – Value is the central essence

4.4 MODEL – The Model is the reflection of life

6.6 SYNTHESIS – Synthesis is the triumph of the One

We have just passed the summer solstice, beyond the mid-point of this first year of the Sixth Septennium in which, in resonance with the energy of the Sixth Ray of Abstract Idealism, we take part in the singing of the “chorus of Ideas” , engaging in an attempt to tap into the faculties of the higher mind: we ourselves are forms that conceal divine ideas, and it is beautiful to try to uplift the content of our Language – the Mantrika shakty is the energy that characterises Man or the fourth Creative Hierarchy – to the spiritual nature that shines and resonates in us, with the help of the Teaching, in order to evoke the ideals of a new culture based on just and harmonious relationships.

“When it was declared that ideas rule the world, the power of thought was affirmed. Intelligent thinking must help humanity to accept the new rhythm and cognize the New World that has already drawn near.” Agni Yoga Series – Supermundane § 255 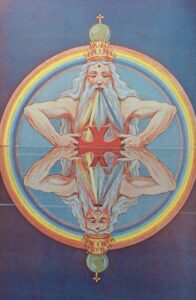 The Symbol, a sign of Synthesis, guards the Value, expression of the Model.

Here are some passages from the Teaching to stimulate and foster our understanding:

“Much that is inexpressible by words may be supplemented by symbols. Thus, in every symbol there will be the element of the inexpressible. It is possible to perceive the significance of secrecy, but words will be inadequate. One should refer very attentively to symbols. As secret hieroglyphs they preserve the essence of the great universe. Ordinarily, people do not know how to pay attention to symbols. People do not like indications, for they consider that they suppress their free will. However, when people are left to themselves, they feel unfortunate and forsaken. Symbols are as banners to which warriors can rally to learn their orders. Loss of the Banner has been considered the defeat of the army. Likewise, a disregard for symbols can deprive us of a concept inexpressible in words. Furthermore, a symbol is a reminder of the entire teaching. The secrecy of the symbol is, as it were, a tension of energy.” Agni Yoga Series – AUM § 255

“Forms have a divine and spiritual nature and are symbols, that is a written expression of the universal language that gives voice to the One.” (Enzio Savoini, Lecture notes of the 3rd Septennium. Incipit Vita Nova, unpublished paper, January 2003)

“What is there in this objective world that is not the adequate symbol of a divine idea? What have we in our outer manifestation but the visible sign (at some stage of the evolving purpose) of the plan of the creating Deity? What are you yourself but the outer expression of a divine idea? We must learn to see symbols all around us and then to penetrate behind the symbol to the idea which it should express.” (Alice A. Bailey – Glamor: a world problem, p. 13)

“If one succeeds in producing some action under a mere sign, it is very fortunate. The greatest reconstructions take place imperceptibly; only the result shows how much has been achieved. Thus, in everything actions under signs can be seen. The concept of the symbol is nothing but a reminder about a sign. The success of entire nations takes place under a symbol. I consider it possible to proceed under the Higher Sign during the most perilous crossings.” Agni Yoga Series – AUM § 126)

“[…] the reading of symbols produces contact with the soul. A symbol is a form of some kind which veils or hides a thought, an idea or a truth and it might be laid down therefore as a general axiom that every form of every kind is a symbol, or the objective veil of a thought. This when applied, will be found to refer equally to a human form, which is intended to be the symbol (or made in the image) of God; it is an objective form veiling a divine thought, idea or truth, the tangible manifestation of a divine concept.” (Alice A. Bailey – The Light of the Soul, p. 211)

“[…] Every form is the result of thought and of sound. Every form veils or conceals an idea or concept. Every form, therefore, is but the symbol or attempted representation of an idea and this is true without exception on all the planes of our solar system, wherein forms are found whether created by God, man or deva.” (Alice A. Bailey – The Light of the Soul, p. 125)

“A triple palimpsest provides an example of the stratifications of signs of the three worlds. Let us imagine a parchment on which first was written a cosmogonic treatise, and which later served for a love sonnet, while finally there has been written on it a reckoning of fabrics and furs. Through the obvious bazaar figures it will be difficult to make out the effusions of the heart, and it will be almost impossible to decipher the treatise about the most important. Does not the same thing take place in regard to the hieroglyph of the three worlds? Yet just as the experienced savant is able to read the most complicated manuscripts, an enlightened consciousness can understand the meaning of inscriptions of the Higher World.” Agni Yoga Series – AUM § 100) 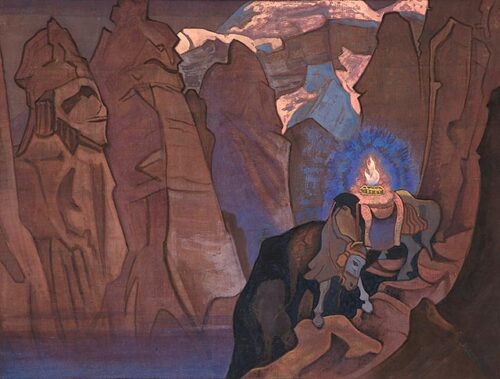 “[…] know that everything that is of true spiritual value is persistent, ageless, immortal and eternal. Only that dies which is valueless, and—from the standpoint of humanity—that means those factors which emphasize and assume importance where the form is concerned. But those values ​​which are based on the principle and not upon the detail of appearance have in them that undying principle which leads a man from the ‘gates of nativity, through the gates of perception, to the gates of purpose’—as the Old Commentary expresses it.” (Alice A. Bailey, Esoteric Healing – p. 684)

“In sound, value and number coexist. As a number, sound can be measured (vibrations, lengths); As a value it is perceived by the soul. […] There is no doubt that the numerical aspect of sound is a fact, it’s material: the perception of sound, that is, the judgment of a sound value, is instead psychic, and must be ascribed to the spiritual realm. […] In sound there is therefore ‘a priori’ a synthesis between object and value, matter and spirit, outside and inside, the world and the self. And this is also the fundamental problem faced by philosophies of all time.” (Enzio Savoini, Harmonics – Adapted translation, with commentary, of Lehrbuch der Harmonik by Hans Kayser, 1980, unpublished paper)

“The fact that number occurs in the acoustic perception, transforms it, so that it is no longer just a sensation, nor a mere aesthetic judgment, but a value. On this basis we can speak of sound as a value. In these paragraphs, the term Value is used in a very definite way. Unlike in religion, philosophy and aesthetics, where it is used in a vague sense, the ideas of ‘agreement’, ‘rightness’, ‘certainty’ converge in the harmonic concept of value; and there is an inherent psychic peculiarity.” (ibidem)

“When we read (and we mean by that the motion from number to value) the figure or sign, through the senses, somehow it penetrates into us where it stores or transfers the energies it contains – without exhausting itself. The quality of these energies varies from those of chaos to those that are daughters of the order.” (ibidem)

“[…] All that is sound, is comparable to good and beautiful, is susceptible of a numerical expression and is also arranged in a hierarchical order. The first consequence of this is that where there is no hierarchy (of value, not of quantity) there is neither goodness nor beauty.” (ibidem)

“[…] from a stimulus of Fire two entities are produced, which fully describe it with their reciprocal relationship (interval); from this then precipitates, in time and space, the external form that the senses perceive. And this is the only direction in which any creation proceeds – While, in the opposite sense, the motion that leads from the form to the meaning and therefore to the Value develops, by means of the senses and of intelligent understanding.” (ibidem) 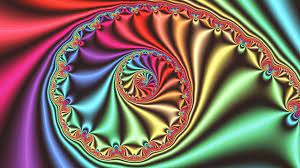 As the Symbol veils Unity,
encompassing the Value, the code of the Model,
Thus Synthesis reveals the One Life

This article is published on the occasion of a celestial alignment: Mercury conjunct neptune, sacred to the 4th and 6th Ray.